- May 10, 2011
Hello Journal,
I am working on a couple new projects right now...so a lot of new things are under way!
So, since nothing is in a "post-able" state, I thought I would show some older, environment stuff.

A couple months ago, I did some environment modeling, texturing, and lighting for one of my classes.  It was actually two classes, and I chose to combine the two together and work on one asset of my creation.  So, instead of modeling and environment in the first class, and then shading & lighting a completely different environment in the next class, I decided to shade & light the environment I modeled.
All the textures are procedurally done.  As much as I love hand-painting textures, this was a good exercise as well.
Here is the reference photo for this project: 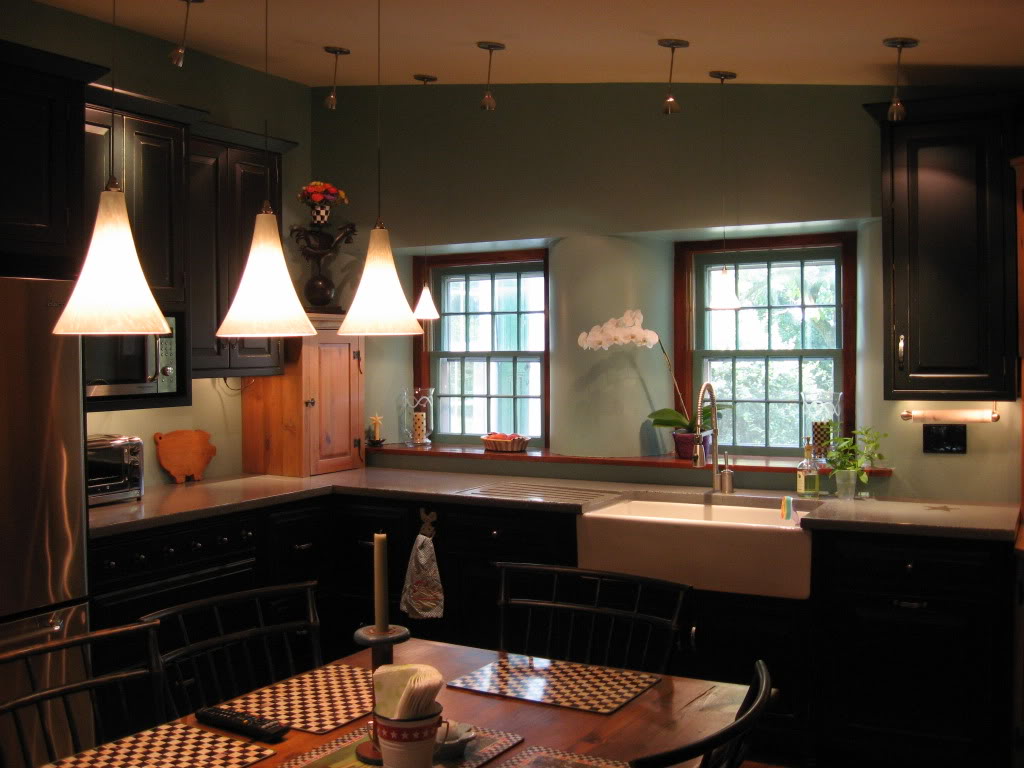 And here are some screencaps of the model that worked on in Maya: 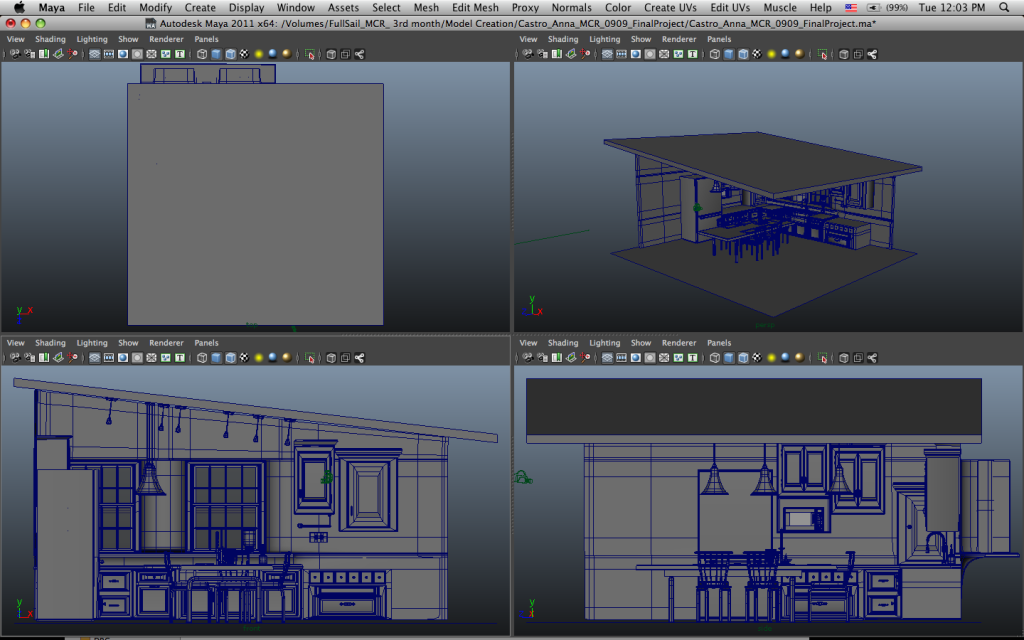 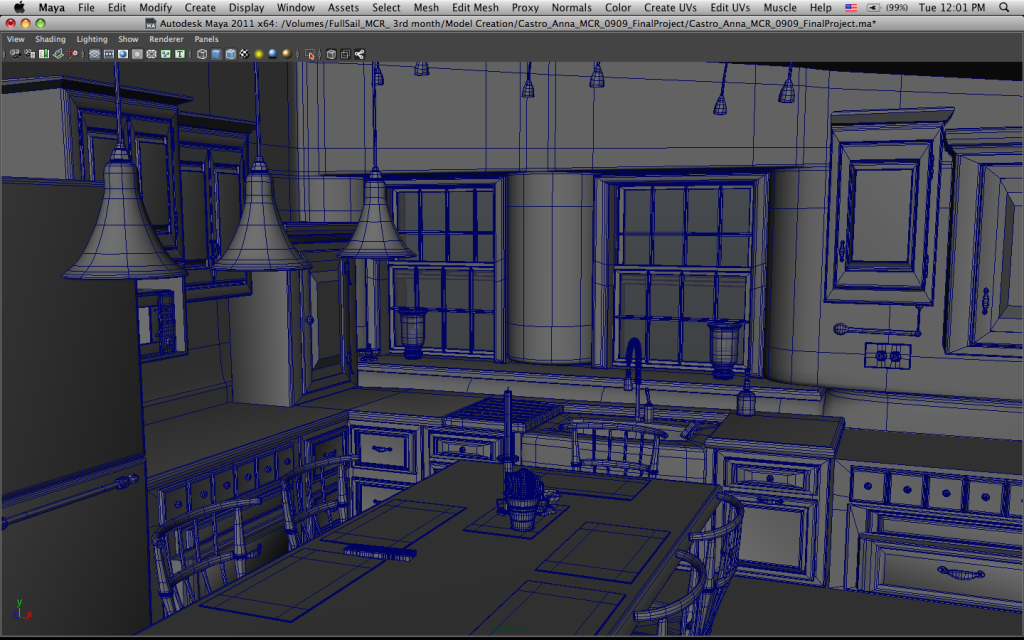 After the model was done, I set up Cameras and started blocking out lighting: 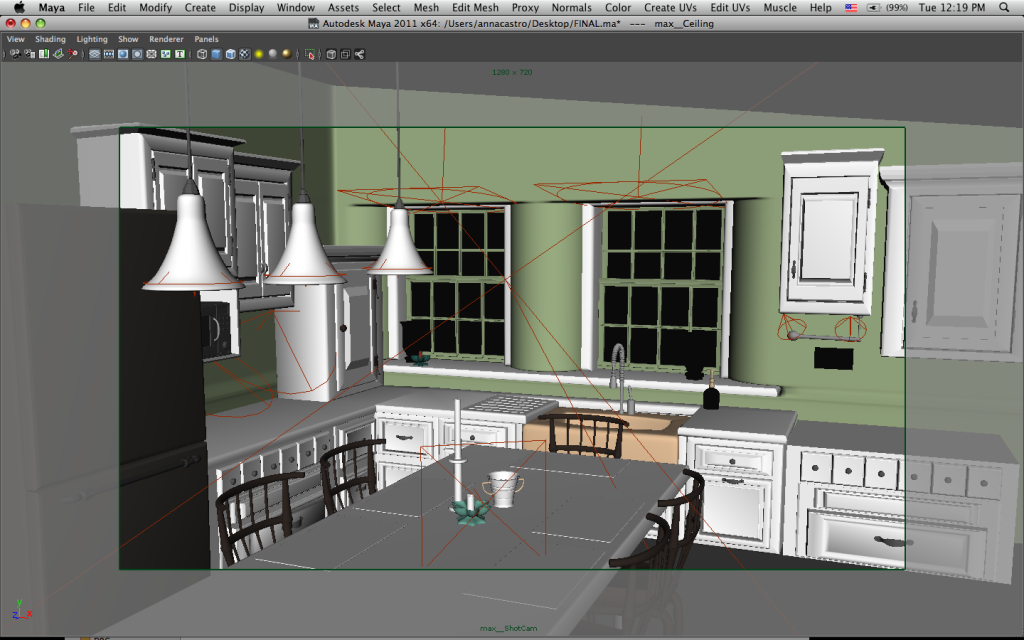 So after a lot of wrangling nodes in the hypershade...and dealing with ridiculous render times (which I know I could cut in half now), I got this render out of mental ray.  I comped the snow-scene in the background later, but everything else was what I got out of Maya. 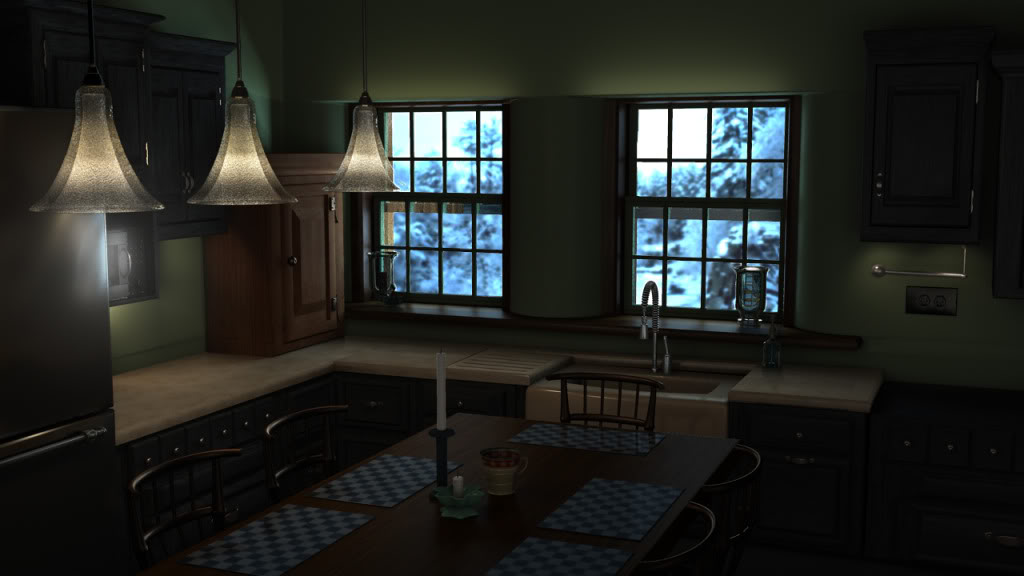 As with most of my older works, I look back at this project now and cringe...but considering it was my first modeling, texturing & lighting project, I can still appreciate it for how much I learned.

Another project I did was a solely Softimage-based, group project, which was interesting because none of us had touched Softimage before.  After deciding on what we wanted to do, I was assigned the role of environment artist.  So i dug right in, trying to learn the tools as quickly as possible.
After I got more or less comfortable, I began to really have fun.
I got to paint a lot of textures, lay out uvs, and the concept was a fun one as well.  It was an old alley way.
Unfortunately, my hard-drive that contained the files crashed recently, so I  only have a few, smaller images of the process.  :(

I will document this as best I can.
It was a fairly large environment, seeing as the whole alley way needed to be seen, so I had fun with this.
Here are some screencaps of the model in Softimage: 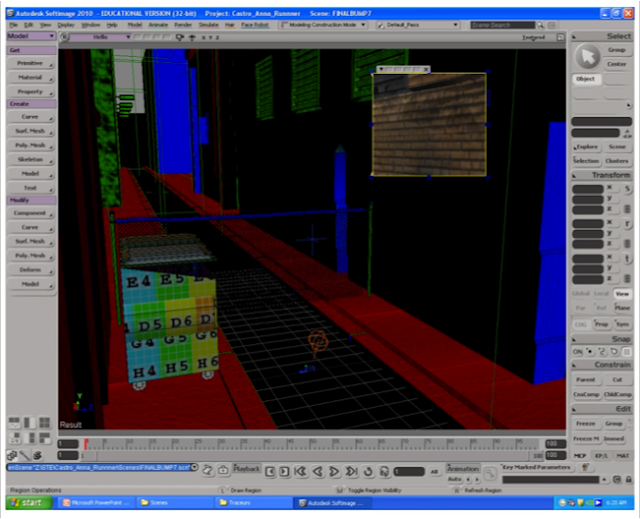 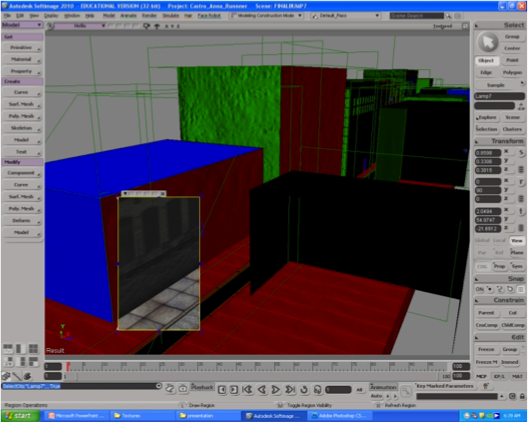 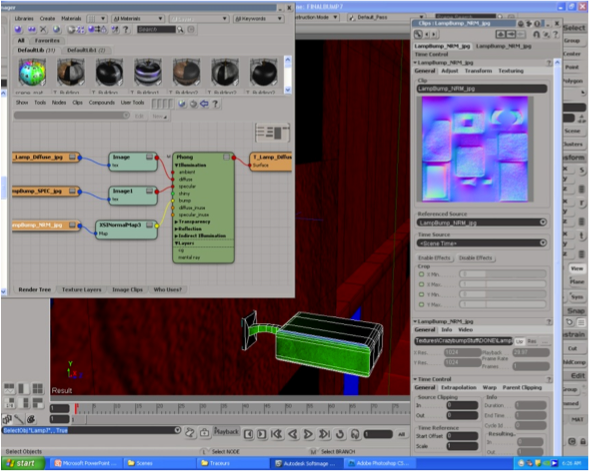 Here are some examples of the textures I did.  Among the many. 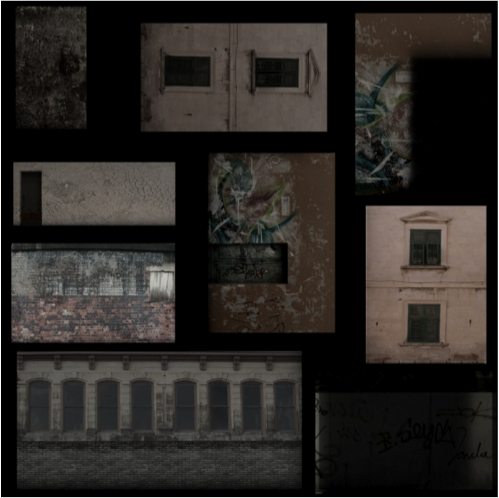 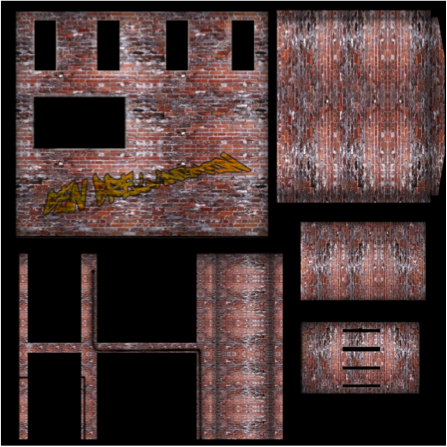 And a repeatable normal map I used for tiles: 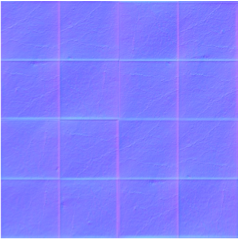 And a small spec map for a couple lights in the street: Then only render I can salvage is this one... Hopefully, I will be able to recover some more of this project later.  It was actually a fun environment to work on.