- May 16, 2011
Hello Journal,
it seems like an eternity since I have sat down to write an update.  There is much to tell...but I think I will stick with simply showing what has happened.  Since I have covered both the Maasai Girl and Shaolin Monks already, I will share the model I developed after my "Viper Wing" dragon concept.  His name is Riddley, as named by one of my talented lab instructors, Seth Freeman.

This was a concept I came up with, after doing some research and getting inspiration.  Usually, I like to do some concept work in Zbrush, to give me a feel for the size and mass of the creature.  But since I had pretty solid drawings, I immediately went into Maya and was able to get the base mesh good and solid before heading into Zbrush, which is the way I prefer to work anyways.


So, without further to ado, here is one of the closer head renders: 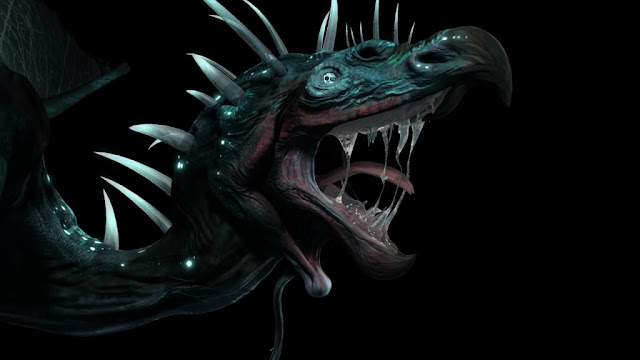 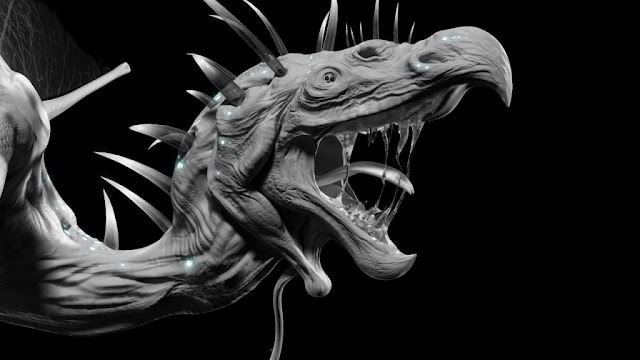 Since I was focusing on the modeling aspect of this creature, I really wanted to make sure I could get a decent bump map from the sculpt.  So I relied a lot on zbrush maps, then I brought them into mudbox, edited them, and then some photoshop, and so on and so forth, until I got a decent, greyscale result.
The dissuse color was a simple matter of painting color in mudbox and plugging it in.
I used a clever combination of the blinn shader for the bump, and the mia material X for the spec and softness of skin.  This is a trick that one of Amber Steele, one of my friends and colleagues (and a fabulous shader and lighter!) taught me.  She and Heith Seewald were my some of my greatest resources throughout this project.  If you would like to check Heith's website out, click HERE!  To see what other amazing things Amber is up to, check her site out HERE! 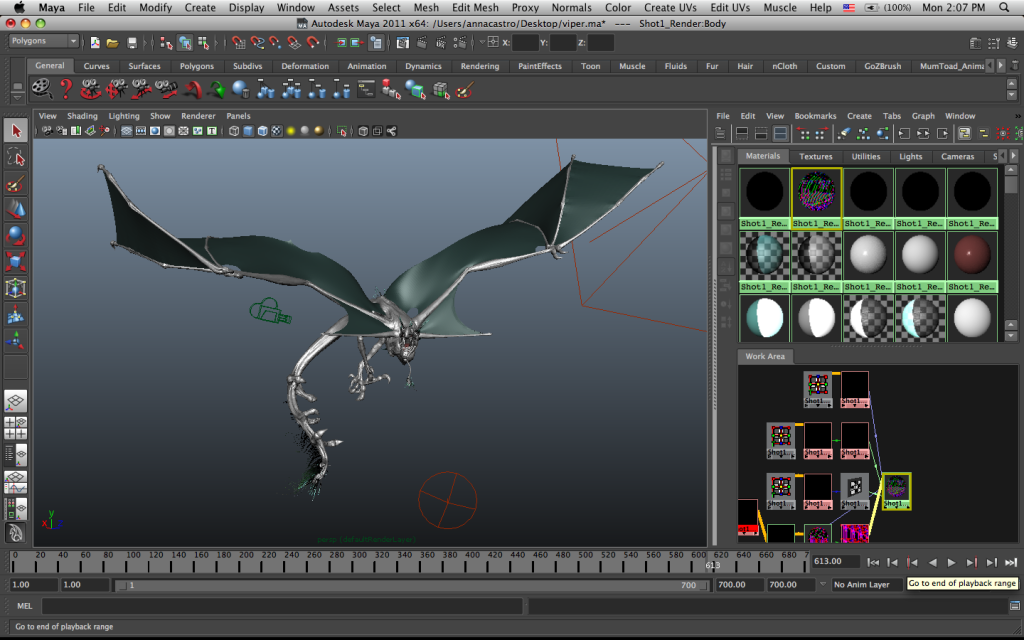 Here are some of my maps:

And for the wings as well, which i only used mudbox for - zbrush was overkill for the wings.  :)
You won't hear me say that often.

Once I got some decent renders, I brought all the passes into Nuke and started the fun part.  The script below is solely for the dragon still renders. 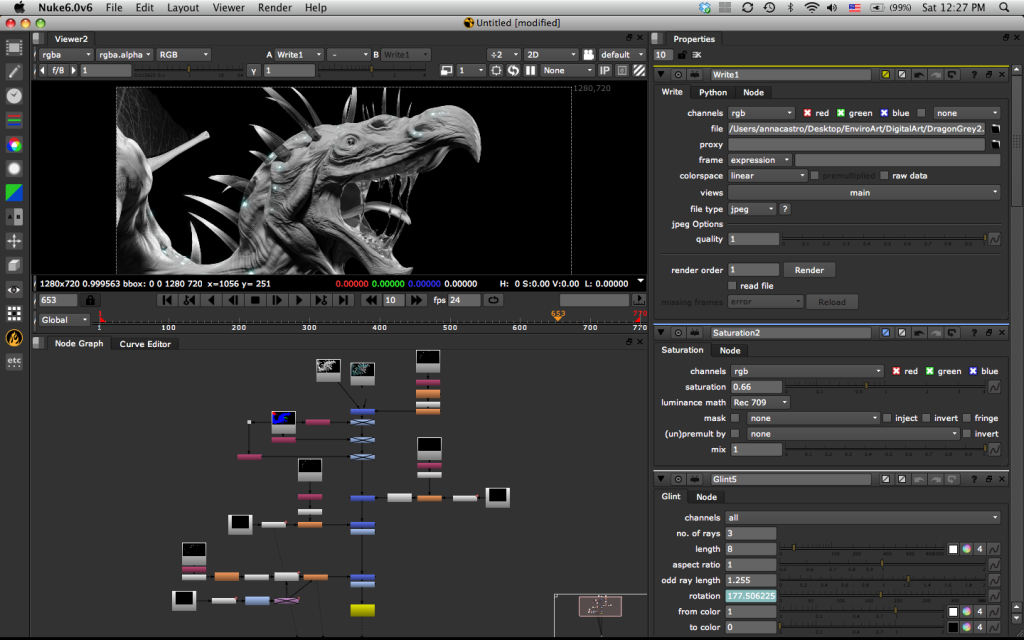 On my demo reel, I added a space projection backdrop into the scene and a lot of nodes to add effects to the luminescent areas on the dragon, so the nuke script was a whole lot larger and took longer to render.  (i will post it soon)


Here are some of my final stills: 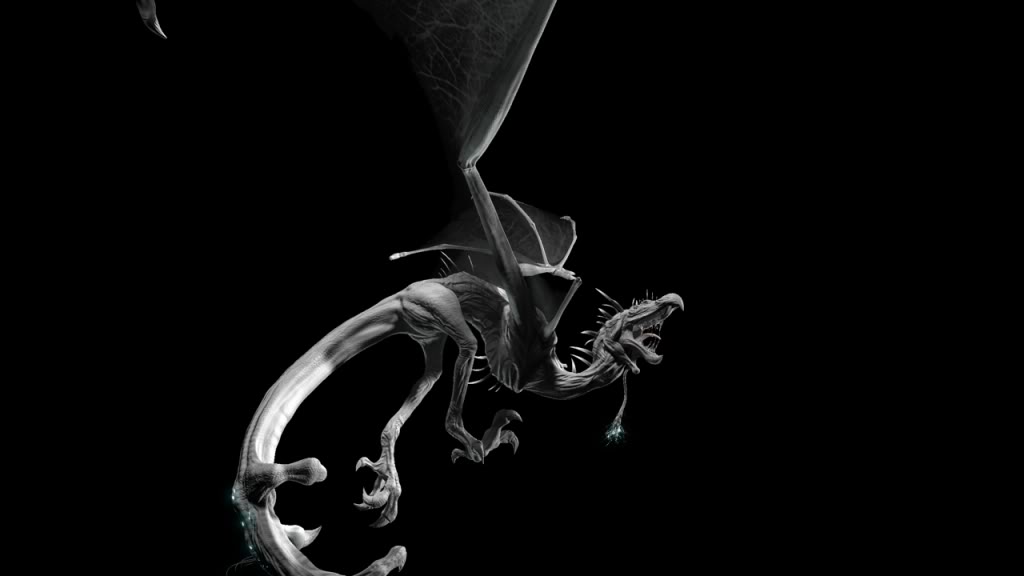 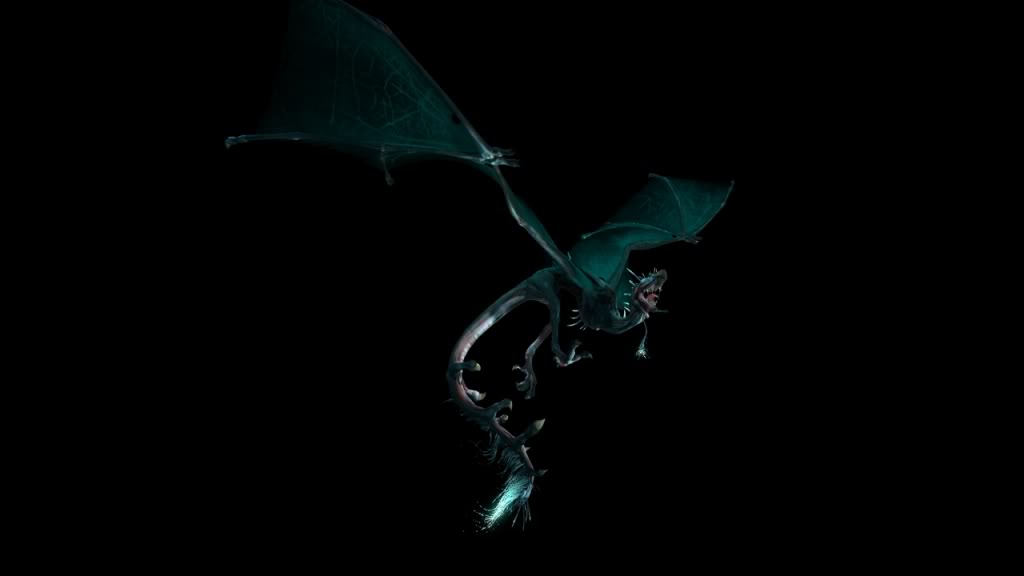 And finally, go to my DEMO REEL!!! to see the final product.