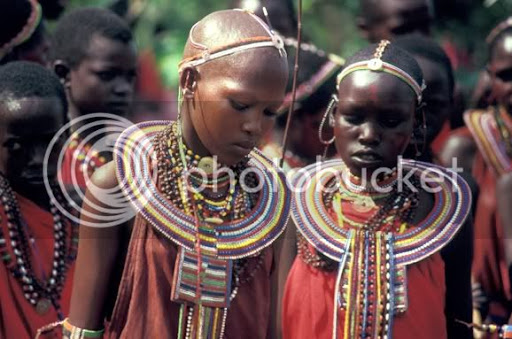 Hello Journal,
I am going to backtrack a little bit right now and go ALL the way back to...December!  It seems like ages ago, until i counted the months and realized its only been 3 months ago.  Then i laughed.  :)
December was the month where I created the first asset for my demo reel - the Maasai Girl.
Before I start, I should mention that in November, I had a POC (proof of concept) of my demo reel and already planned through some of the difficult areas of the projects to come...especially the Maasai Girl.  I did more research on the Maasai Girl than most of my other projects because of 2 reason:
1)  December is the shortest month of work at Full Sail, since one whole week is chopped off the end, and I knew i would be running short on time, and
2)  there are A LOT of beads on the Maasai Girl.  You'll see what i mean.


Ok, now that the backstory is covered, let's talk about this Maasai Girl.  My modeling workflow usually involves starting in Maya, heading into zbrush for midre…
Post a Comment
Read more
More posts