- September 01, 2017
The fad for paranormal fiction is kind-of overwhelming, and quite honestly, has produced some of the poorest writing ever, which saddens me.  That being said, I totally get why people like the modern-day "werewolf/shifter" concept.  I think it's because shifters are portrayed as mostly human, but with a side of themselves that is dangerous, frightening, or needs restraining.  "The beast within", so to speak.  Doesn't take a psychologist to know that people can relate to that.  The bible says it like this:

"The heart is deceitful above all things, and desperately sick; who can understand it?" - Jer. 17:9 ESV

On a lighter note, I like shifters because wolves are awesome - I remember pretending to be one on multiple occasions as a kid and thinking it would be awesome to have a perfect sense of smell, or be able to see in the dark.  If it wasn't so terrible for wolves to be brought up in captivity, I would want to own one.  :)

Here are couple of sketches - keywords were female, tracker, shifter.  She ended up being more fox than wolf.  Since foxes are loners, super intelligent, and cunning, I thought it fit the "tracker" keyword more anyways. 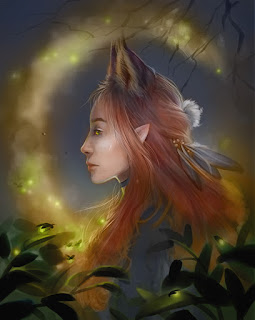 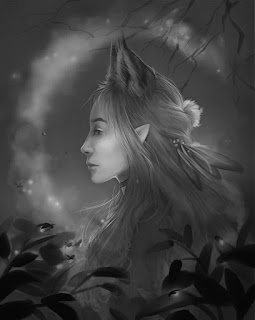 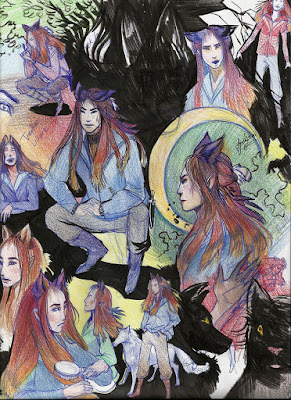